A group of investors has acquired a 103-unit apartment portfolio in Miami’s Little Havana, with plans to upgrade the properties and flip them amid heightened demand in the neighborhood.

Steinman had purchased the properties between 2009 and 2013 and had renovated most of them, said Ballesteros, who also represented the buyers in the deal. Jose Melgar of Douglas Elliman represented the seller.

The deal works out to $101, 456 per unit. Ballesteros said the units are 97 percent occupied with a mix of 75 percent one-bedroom apartments, 15 percent two-bedrooms and 10 percent studios. The average rent is $800 a month.

The investors’ plan is to paint the apartments, renovate the kitchens and bathrooms as needed, and raise the rents. Then they will try to resell the buildings this year, either individually or as a portfolio, he said.

The group is banking on increasing investor interest in Little Havana, amid a surge of redevelopment.

to an undisclosed foreign buyer.

And in November, New York-based Gateway Realty paid $5.6 million for a five-building rental portfolio with 57 apartments in Little Havana.

The Kurz Real Estate Corp. broker-associate responded to a “For Sale By Owner” listing for two...

The Kurz Real Estate Corp. broker-associate responded to a “For Sale By Owner” listing for two...

Ballestros bought 34 duplexes and one house that had been family-owned since the 1960s. The... 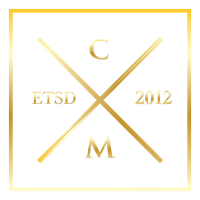 Ballestros bought 34 duplexes and one house that had been family-owned since the 1960s. The...

Concession Management is committed to delivering a high level of expertise, customer service, and attention to detail to the marketing and sales of commercial and rental properties.